For over sixty years, the Sausalito Sister Cities program has been enhancing international relationships through educational and cultural exchange, fostering peace and international understanding through global people-to-people programs.

In Viña del Mar (Chile), we teach entrepreneurial women business strategies to create better futures for themselves and their families. In Sakaide (Japan), we support a student exchange program that promotes leadership development, cultural and community exposure, and a keen global understanding. In Cascais (Portugal), we support a youth sailing exchange program to foster multi-cultural and education exchange between American and Portuguese youth.

What is a “sister city” program?

A sister city program is a relationship that exists between two cities which is intended to promote and facilitate people-to-people relationships between individuals in both cities and deeper understanding of the cultures, societies, histories and other circumstances of the two societies.

The exact scope and content of any such program varies depending on the circumstances of the two sister cities, but it should be sufficiently flexible to allow mutually beneficial connections to form and evolve between communities with similar interests in both cities. The programs may include cultural, educational or other exchanges.

The long-term success of the programs is generally dependent upon committed volunteer groups in each city supported by their local governments who are prepared to maintain contact on a regular and meaningful basis and to encourage explorations of new lines of contact.

What are Sausalito’s sister cities?

Sausalito currently has three sister cities. They are Viña del Mar on the coast of Chile not far from Chile’s capital of Santiago, Sakaide on the Japanese island of Shikoku at the terminus of the Seto Ohashi Bridge across Japan’s Inland Sea and Cascais on the west coast of Portugal  30 minutes from Lisbon. The relationship with Viña del Mar was created over 50 years ago in 1960, at which time Sausalito renamed its central plaza Plaza Viña del Mar. The relationship with Sakaide was established in 1988, not long after the completion of the Seto Ohashi Bridge. Most recently, given the many contributions of immigrants to Sausalito from Portugal, in particular the Azores Islands, Sausalito and Cascais created a third sister city. The first Cascais delegation of sailing students visited Sausalito in 2015.

How are the programs organized?

What are the sister city programs’ activities?

The activities of the sister city groups vary. The Sausalito-Sakaide program has been Sausalito’s most active program over the past several years and focuses on an annual student exchange which each summer either takes students from our region for a visit to Sakaide, or welcomes a student group from Sakaide here to Sausalito. In each case those programs involve home stays with local families and a range of cultural activities. Sausalito’s relationship with Viña del Mar was recently revitalized and the mayors of both cities have exchanged official visits. The Viña del Mar group engages in cultural and educational exchanges focused on women in business. The Sausalito-Cascais program partners with the yacht clubs of each respective city to provide student sailing exchanges.

How can I learn more and get more actively involved?

The sister city programs welcome anyone who may be interested in any aspect of its programs. There are always opportunities to volunteer for activities or simply to participate in various ways in the programs. Interested persons can also contact the following committee members for further information through our contact link(s) on this website.

Over the past several years as we have embarked on the women in business exchange, we have impacted 40+ small business women owners in the Viña del Mar-Valparaiso region of Chile. Our women’s organization, AGEP, supported their 1st ‘Made in Valparaiso’ exhibition w/60 business being highlighted in 2015 after 15 years in existence. 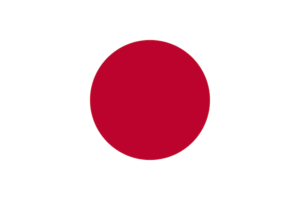 Over the 28 years of our relationship, we have exchanged over 450 students from both sides of the Ocean. We have provided scholarships each year to select Marin student delegates. With each exchange, the students stay with a Japanese or American family. Our program offers leadership development, cultural and community exposure and a keen global understanding. 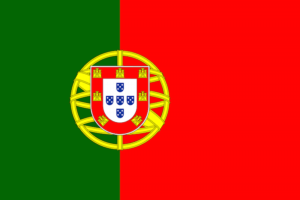 The 1st year of this exchange was in 2015 and hugely successful as Sausalito hosted 6 talented sailors from Cascais who skillfully and eagerly sailed the San Francisco Bay partnered with our Sausalito youth sailors. Though Cascais took home the trophy that year, our Sausalito exchange sailors are ready for a re-match as 6 of our own young sailors will be hosted in Cascais this July. Game on!